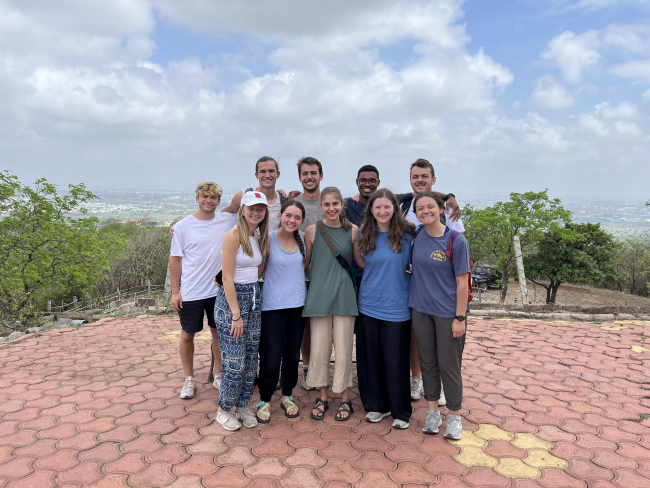 A report by Emily Baker about her time in India this summer:

I wanted to share with you about my experience in Indore, India this summer. During my time studying at UNC Chapel Hill I have gotten involved with Summit College, the college ministry of the Summit Church. This summer I participated in Summit College’s eight-week discipleship training project, which involved local, national, and international service as well as training from pastors, church planters, and missionaries.

I joined a group of 95 college students in serving domestic church plants and receiving practical theological and missional training while at Southeastern Baptist Seminary in Wake Forest. We spent the final two weeks of this program partnering with missionaries around the world in order to support these long-term missionaries and local churches, learn what life on mission looks like, and witness what God is doing through His global church. I also want to thank the many Cornerstone members who enabled me to travel to India through their financial support and their faithful prayers—I know I could not have had this experience without your generosity.

For the international part of the summer, my team of ten students spent twelve days in Indore, India, the capital of the central state of Madhya Pradesh. With over two million people, Indore is the 14th most populous city in India, as well as one of the most unreached parts of the globe. It is known for its palaces, Hindu and Jain temples and street markets. 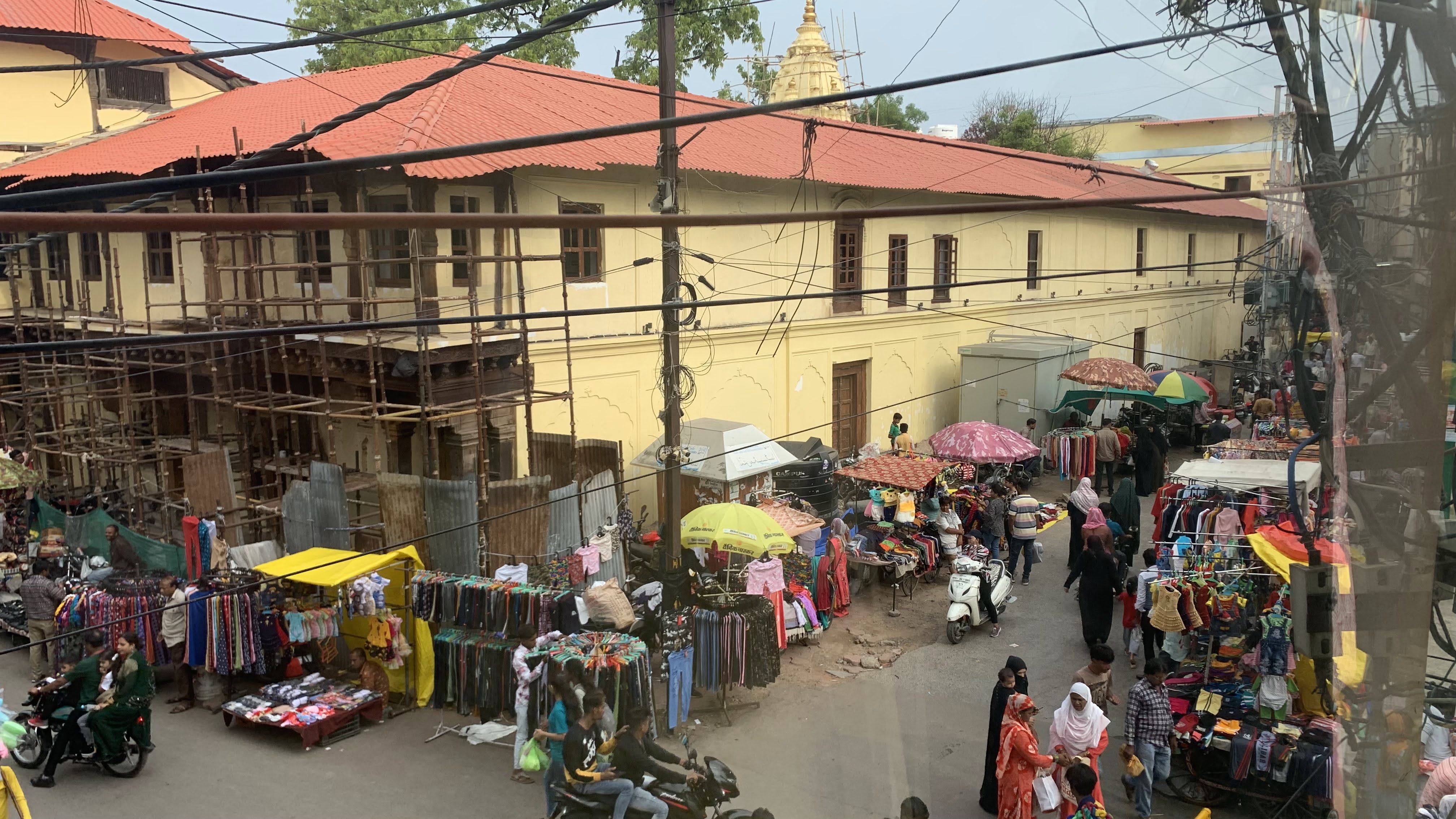 But Indore is also a strategic center for evangelism and church planting, as its educational opportunities attract many students from the surrounding villages—many of whom eventually return to their hometowns, thus providing an opportunity to spread the gospel even further.

Our group was primarily supporting two missionaries from the International Mission Board (IMB), Jillian and Sadie, who greeted us at the airport (after almost 48 hours of travel!) and were wonderful hosts for our team. As we adjusted to the 9-hour time change over our first few days in India, Jillian and Sadie introduced us to the vision for our short trip and gave us a glimpse of what their long-term work looks like in India.

To get to know the culture and people of Indore, we spent a day touring an Indian market, buying traditional Indian clothing, figuring out how to navigate Indore’s streets, trying Indian foods, and visiting one of Indore’s famous Hindu temples (Khajrana Ganesh Mandir). On this first day in Indore we encountered many unfamiliar tastes, smells, noises, and sights, but these were not foremost in our minds. After witnessing crowds of God’s image bearers bowing down to physical idols in a temple, our team was impressed with the importance of a question that overshadowed our “culture shock”:

“How are they to believe in him of whom they have never heard? And how are they to hear without someone preaching?” (Romans 10:14).

Over the next week we spent most days in Indore’s many outdoor markets, malls, parks, and temples—anywhere that attracted people. Our goal was to have gospel conversations with the people of Indore, follow up with those who seemed interested and willing to have spiritual conversations, and connect them with the IMB missionary team and the local church they partner with. We were also able to witness the hospitality that the Indian people show toward strangers, several of whom invited us into their homes for dinner and were willing to listen both to our testimonies and to the gospel. Many college students were eager to connect with us, and several joined us for a night of testimony sharing at Pastor William’s church.

One story that illustrates how God was working during our time in India is that of Muskan, a 19-year-old nursing student that Ginger and I met on the bus. She was willing to meet for coffee with us several times, and she accepted our invitation to come to the testimony sharing night with our team. Muskan was struck by the joy and sincerity she saw among the believers there and expressed a desire to attend their Sunday services. She has been reading the Bible with Jillian and coming to Pastor William’s church, and on September 1 Jillian let us know that “God had opened Muskan’s eyes in a new way and she now understands the need to follow Jesus instead of her Hindu gods.”

We are still praying for the Lord to continue working in Muskan’s heart!

In addition to evangelism in public spaces, our team was able to get to know Pastor William and his church, which Jillian and Sadie have partnered with. We joined them for a night of prayer, worship, evangelism, and fellowship over spicy chicken, as well as attending their Hindi Sunday morning service. 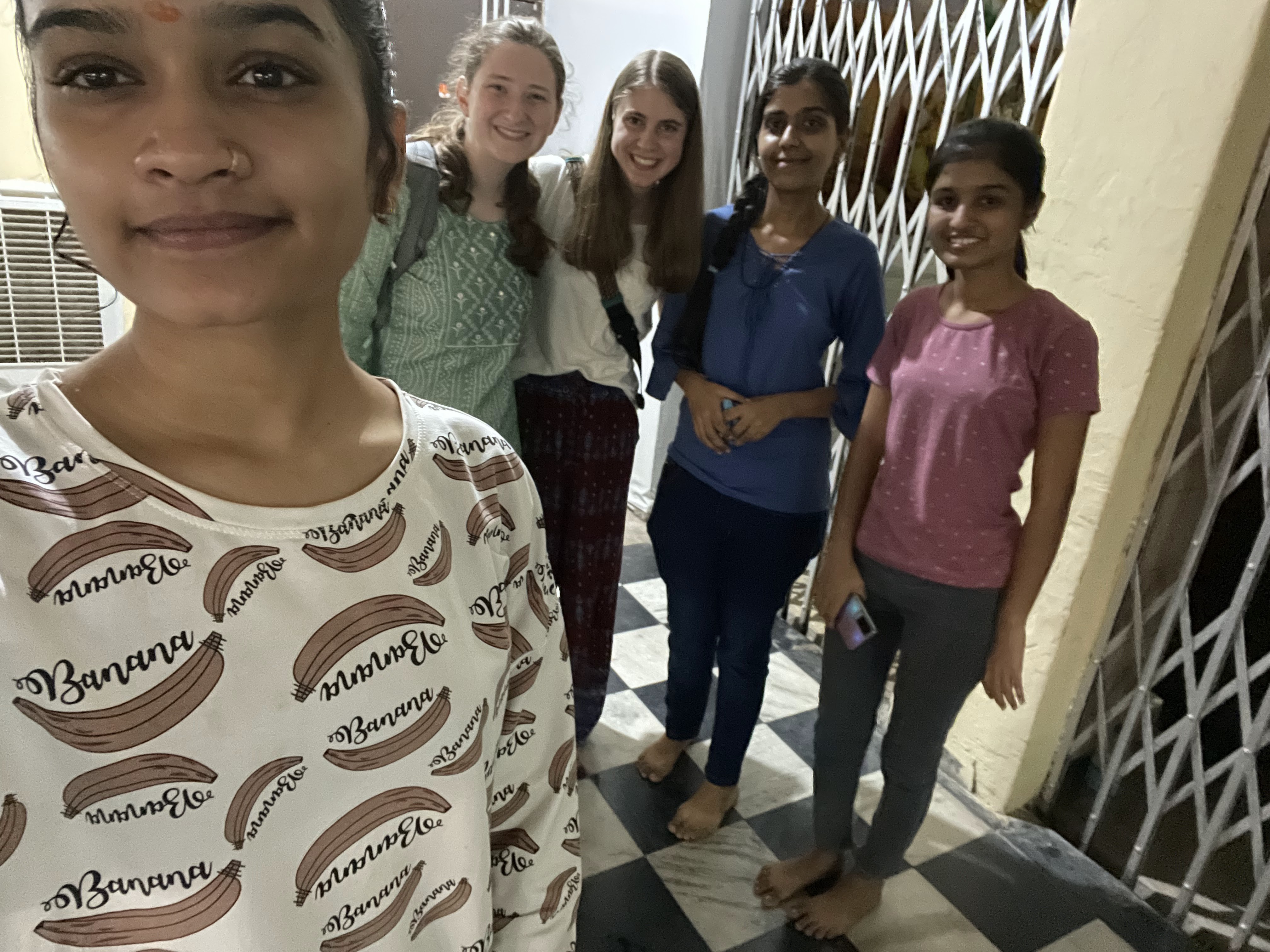 Finally, we had the opportunity to talk to the rest of Jillian and Sadie’s missionary team, which includes three couples and their children. These families shared their stories, how God led them to the mission field, what daily mission work looks like, and what God is doing in Indore and India more broadly.

This trip has had a huge impact in showing me the importance and urgency of international missions, the beautiful diversity and unity of God’s kingdom all over the world, and what it looks like to uproot your life for the sake of the gospel. I was continually amazed by God’s compassion for every nation and his personal love for individuals. I’m so grateful to those who supported me this summer—with their prayer, encouragement, and generosity—and I pray I steward this experience well by taking the many lessons God taught me into my everyday life at home and on campus.

The Book of Ruth: Far More than a Great Love Story