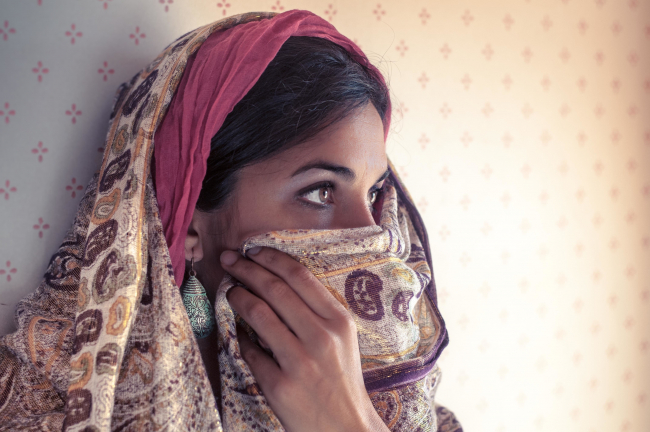 "Ruth the Moabitess" speaks one of the great passages in our Old Testament. It is a picture of conversion, an affirmation of what it means to be "all in" for a new life of embracing the true God as our God:

But Ruth said, “Do not urge me to leave you or to return from following you.
For where you go I will go,
and where you lodge I will lodge.
Your people shall be my people,
and your God my God.
Where you die I will die,
and there will I be buried.
May the LORD do so to me and more also
if anything but death parts me from you.” (Ruth 1:16–17)

Without the rest of the book, we might assume these were just words. But as the narrative plays out we come to recognize that this non-Israelite, even one from such a despised nation as Moab, has embraced a new people, a new land, and especially a new God.

And as she does this, she goes from being a daughter of a pagan nation to something far, far greater. Even more than the wife of Boaz (sorry, spoiler alert!), her name will echo through the ages as one of those unlikely members of the most sacred family tree of all:

Read Ruth in Light of Its Beginning and End

Over the next four Sundays we'll be preaching through the book of Ruth. Below are some things to keep in mind as you read through it in the days and weeks ahead.

First, you have to read this surprising narrative in light of its beginning and ending—in other words, like you read all things! In the beginning we read that this takes place "when the judges ruled" (Ruth 1:1). This was a horrible time when "everyone did what was right in his own eyes," because "there was no king in Israel" (Judges 21:25).

But then at the end of Ruth we read that "the LORD gave her conception, and she bore a son.... They named him Obed. He was the father of Jesse, the father of David" (4:13). In other words, Israel's greatest king would come through the line of Boaz and Ruth just a few generations later. This little love story is about God providing for a man and a woman, but it's also about the Lord accomplishing his sovereign purposes in the most unlikely of ways. Judges ends with the longing for a king. 1 Samuel is the story of God raising up that king. Right between these works is how, in the midst of one of the worst and most evil times of Israel's history, God would bring about his saving and glorious purposes.

A Drama of Redemption in Four Acts

The other thing to note about Ruth is that it lays out pretty well as a drama in four acts, and these line up with the chapter divisions. In Act 1 (1:1–22) we get introduced to the main characters and context (1:1–5), read as they travel to Moab and then back to Bethlehem (1:6–22), and get introduced to the character of Ruth in dramatic fashion (1:16-17). In Act 2 (2:1–23) God's provision and plan will unfold further as Ruth meets Boaz and Boaz begins to provide for them. In Act 3 (3:1–18), Ruth's intentions for Boaz and Boaz's intentions for Ruth are made clear, and Boaz will commit to doing what he can to "redeem" the family of Ruth and her mother-in-law Naomi and her Naomi's deceased husband Elimelech. Then in Act 4 (4:1–22) the couple marry and have a child—but God's plan gets revealed as the future king David is mentioned. We thought this was just a great story of God providing for his people. We didn't realize the whole drama was also about God's great plan of redemption. It's not just a drama, it's a drama of redemption.

You might want to go a little deeper in your study of Ruth as we work through the book. If that's you, here are some recommended resources:

"The Hidden Hand of God" and the Greater Hesed

One of the great elements of Ruth is the way it gives us access into "the hidden hand of God" (Daniel Block, NAC). The people in the narrative are acting and reacting, sometimes nobly and sometimes ignobly, but as they do, God is working behind the scenes. He is providing and blessing and loving and redeeming.

And in the midst of this we're introduced to the idea of hesed in Ruth 1:8; 2:20; 3:10. This rich Hebrew word wraps together a whole set of ideas like kindness, love, mercy, grace. In older translations it was sometimes translated as "lovingkindness," because it was seen as something bigger than love and bigger than kindness. It's an unwavering commitment to work good and blessing in the life of another. And it's "the key theological term in the book" (Block, NAC). We see this in the main characters of the book, with the narator highlighting Naomi's hesed to Ruth, Ruth's to Naomi, Ruth's to Boaz, and Boaz's to Ruth. But above and behind these is the greater hesed is expressed by the Lord himself as he cares for his people in dramatic ways. It is God who is orchestrating events so that these models of faith receive unexpected blessings through unexpected means.

But Boaz the "redeemer" (3:9) and the mention of David (4:17, 22) remind us that the greater fulfillment of God's "hidden hand" of hesed is the Lord Jesus Christ. He will become the perfect display of God's hesed that will bring about the Greater Redemption:

But God, BEING RICH IN MERCY (HESED!), because of the great love with which he loved us, even when we were dead in our trespasses, made us alive together with Christ—by grace you have been saved—and raised us up with him and seated us with him in the heavenly places in Christ Jesus, so that in the coming ages he might show the immeasurable riches of his grace in kindness toward us in Christ Jesus. (Ephesians 2:4–7)

Why We Don’t Baptize Infants