Posted in Life in the Church, Theology 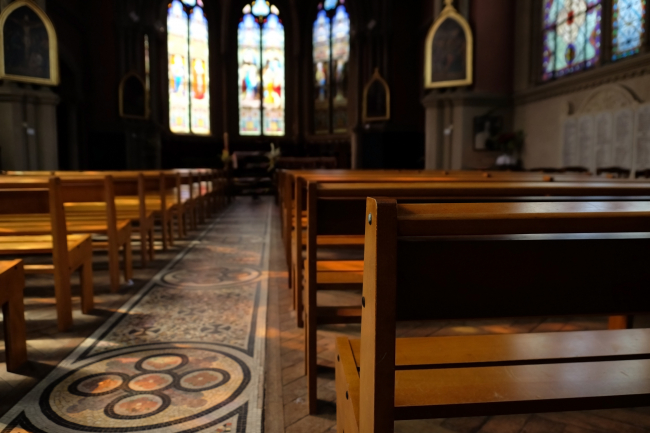 Every day we drive by dozens of “churches” and…

Well, that’s not actually true. Every day we drive by dozens of church buildings, or buildings where churches meet. But these structures of steel, drywall, glass, and paint could just as easily be gyms or schools or hair salons. They happen to be church buildings, but really they’re just buildings.

It’s good every once in a while to check ourselves in how we use certain words. “Church” is one of those words. If we’re not careful our shorthand can affect how think and feel about certain things. With “church,” we can begin to think that a certain building or place is holy or sacred. A place where you need to walk slow and be quiet, because, “It’s a church.” So, let’s remember what the true essence of this word is. It's shorthand, but shorthand for what?

Our English New Testaments contain the word “church” just over a hundred times. The Greek word behind it is ekklēsia. Its basic meaning is “assembly” or “gathering” or even “congregation” (William Tyndale’s favorite way to translate it for his 16th century English Bible). A “church,” then is a gathering of Christians, a congregation of people who believe in the Lord Jesus Christ and are united together in that belief.

The Greek word is a compound word, bringing together the word for "call" (kaleō) and the preposition "out of" (ek). This reminds us the church is the gathering of those "called out of" the world and called to God himself. Of course, this assembly of called out ones is also called to go back into the world and make disciples of all nations (Matt 28:19).

When the 16th century Reformers were redefining so many things based on the clear teachings of Scripture, included in this was a “church.” Surrounded as they were by Roman Catholic cathedrals and the whole elaborate priestly hierarchy, what a church even is had been lost. John Calvin speaks for many of them when he says,

Wherever we see the Word of God purely preached and heard, and the sacraments administered according to Christ’s institution, there, it is not to be doubted, a church of God exists.
John Calvin, Institutes of the Christian Religion[1]

Others like Edmund Clowney would come along later and say that included here is church discipline.[2] If you have a gathering of believers where the Word is preached (and heard), the sacraments (the Lord’s Supper and baptism) are administered, and church discipline is practiced, you have a church.

Whether it meets in a field or a cathedral, has a dozen pastors on staff or not yet a single one because it’s a new mission plant (Acts 14:23), it’s still a church if it has these three marks. Of course, to thrive as a church, it’ll need more than just these three, but it's these three that take this gathering from a group of Christians to being a church.

When Paul talks about “the church in Corinth” (1 Cor 1:1) or the church that meets in the house of Prisca and Aquila (1 Cor 16:19), or when Luke talks about the church in Antioch (Acts 13:1), this is what they mean. They mean a gathering of believers preaching God’s Word, practicing biblical sacraments, and keeping one another accountable through church discipline.

But each of these local gatherings of Christians is also part of the church, the larger body of Christ that encompasses all believers everywhere and throughout every age. When Jesus told Peter, “I will build my church” (Matt 16:18), he didn’t mean “my church in Jerusalem” or Bethlehem or Wake Forest. He meant his entire church, all of his chosen people. All Christians together are “the body of Christ,” and he alone is head of all of us (Eph 1:22–23).

Christ’s church in this sense began at Pentecost when Luke tells us thousands responded to Peter’s sermon and were “added” (Acts 2:41). Added to what? They were “added” to the church in Jerusalem.

But the church is also seamlessly connected to the people of God before Christ came. That’s why the NT writers so freely use OT language to describe the church. The apostle Peter pulls straight from God’s description of his people the Israelites on Mt. Sinai (Exod 19:5–6) when he describes the church:

But you are a chosen race, a royal priesthood, a holy nation, a people for his own possession, that you may proclaim the excellencies of him who called you out of darkness into his marvelous light. 10 Once you were not a people, but now you are God’s people; once you had not received mercy, but now you have received mercy. (1 Pet 2:9–10)

God’s chosen people—before Pentecost or after—are one people. Some talk about “the church” in the Old Testament, and this is what they mean. Others prefer to keep the language of “church” to the people of God after Pentecost. That’s what we do at CFC. But we understand that God’s people are one people, before and after Pentecost.

It will be all of us as one people that will one day lift up this glorious song of praise:

After this I looked, and behold, a great multitude that no one could number, from every nation, from all tribes and peoples and languages, standing before the throne and before the Lamb, clothed in white robes, with palm branches in their hands, 10 and crying out with a loud voice, “Salvation belongs to our God who sits on the throne, and to the Lamb!” (Rev 7:9–10)

So, why is it that “our church” can never have stained glass windows? Because “our church” is a gathering of several hundred Christians that only happens to meet in a building at 401 Upchurch St. in Apex, NC. That building could have some stained-glass installed, but not the people themselves. Chances are, we won’t go for the stained-glass in the building. But even if we do, our church will still only be the people that meet in it.

The truth is, long after the building at 401 Upchurch St. is gone, long after the sound system has gone silent and the walls turned to dust, millennia after the road sign has washed away, "our church" will be singing endless praises to “our God who sits on the throne, and to the Lamb.”

To be a part of a church—Christ's Church!—is one of the greatest privileges there is. Let us do all we can to see our particular expression of Christ's church thrive and reflect the eternal calling it has.

Day 335 of our COVID Exile: A Word of Encouragement