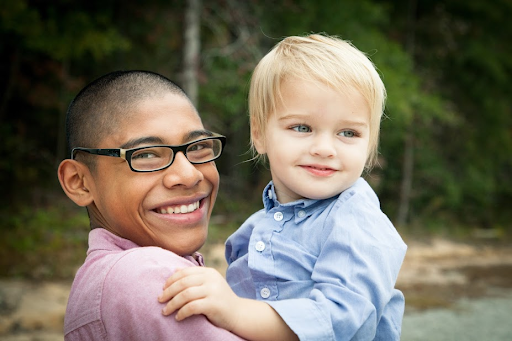 This past Sunday I read Gideon Ruhl's testimony of healing. We wanted to post it in the blog to be a source of further encouragement for you. To give you some perspective of where things were before he was healed, I'll begin with a report from Gideon's dad, Josiah Ruhl. We set aside January 12, 2017, as a day to fast and pray for Gideon. To guide our prayers here's what Josiah told us:

Gideon's condition seems to be stabilizing, but not in the way we had hoped. While we are praising the Lord that we have not seen much digression in the past three days, we also have not seen improvements. He has lost all control of his facial, mouth, and throat muscles. His motor skills for the rest of his body are extremely limited. He is able to walk a little, but he is not able to pick up his feet off the ground while walking and he gets tired very quickly. He is unable to speak or swallow. His mind seems to be healthy, although he did express that he is unable to read well (probably due to his muscles in his eyes not being fully functional). He is able to show proper emotion - he is crying when he sees loved ones, and he is smiling and silently laughing when something funny happens. There have been no answers from the medical professionals at Duke for a cause, and each lab that has been sent away comes back negative.

These were hard days for all of us as we sought the Lord in prayer—but certainly hardest of all for the family and Gideon.

Praise God, the Lord saw fit to answer our prayers in a wonderful way! Below is Gideon's own testimony from about two years after God's intervention. I'll let him tell it in his own words:

Hello, my name is Gideon. A little more than two years ago, I was hospitalized for over a month and a half because I had swelling in my brain that was caused by chronic Lyme disease.

From the start of my hospitalization till now the Lord has greatly moved in my life. I'm here tonight to share with you how God used this difficulty to build my faith.

Before my hospitalization, I was doing very well both spiritually and physically. I went to Guatemala with our church on a mission trip, I was growing spiritually, and I enjoyed running on my cross-country team.

Just a couple days before Christmas 2016, I was feeling fine and I enjoyed celebrating Christmas with my family. On Christmas Day I was not feeling very well and I had extreme headaches. We did not think too much of it because I had been having headaches prior to that, but on the day after Christmas I began to have spells where I would black out, and I was unable to respond when spoken to. I did not get any better overnight and on December 27, 2016, my Dad took me into the hospital.

I was transferred to Duke that day and I would spend the next 36 days there. But when I woke up, I didn't even know where I was because I was asleep for the first 3 days. When I did wake up, I was in a lot of pain and I had a blue breathing tube coming out of my mouth. For the first 4 weeks of my hospitalization, I experienced a lot of scary situations as my condition continued to get worse.  The doctors gave me all sorts of different medicines and tried many types of therapy, but my problems continued to become more severe. I was unable to walk, or talk, or eat, or drink, or go to the bathroom, or move my hands, or control my muscles… and the doctors said that this condition could become permanent for me - which was very frightening.

During this time, I was encouraged by all the people who visited me - especially when uncle Jon took me on an adventure to Duke Gardens and Duke Chapel! I was also very grateful for those who wrote me notes, and I was especially thankful for all those who were praying for me during that time. I would like to thank each of you who visited me and who were praying for me - God answered your prayers, and he is still answering prayers now!

While I was in the hospital, I struggled with fear. It was scary to not be able to control my muscles or any of my movements. I would often feel as if the fear had a grip on me. During my time in the hospital, I learned to release my fears, give them to God, and he would turn my fears into faith. Sometimes I still struggle with that same fear, but I know that I can go to God with my fears and my troubles and instead of fear He replaces it with faith.

Another thing God was teaching me during my time in the hospital was contentment. It is not easy to go from being an active twelve-year-old to being completely disabled and unable to even do basic tasks on my own. I could not communicate, and I sometimes felt trapped in my own body. This led to discouragement. But God taught me that true contentment comes from him alone, and not from my circumstances.

And I learned to have fun even in the midst of being in the hospital - and Rivers enjoyed the tricycle even more than I did!

As I was stuck in the hospital bed and experiencing continuous pain all through my body, God taught me that I could choose joy even during the most difficult of circumstances.

After about four weeks in the hospital, my condition finally began to slowly improve. On February 1st, 2017 I was transferred to Vidant Rehab Center in Greenville, NC. That is the day I swallowed a drop of water for the first time since I had been in the hospital. I was very excited to be improving. I continued to improve and I was soon able to walk, eat, drink, talk, and move around by myself. We even went for walks around the pond!

The Doctors at Duke had told me to expect to be in rehab for about 2 months, but God miraculously healed me, and after just two weeks I was able to return home!

I am very grateful to be able to share a little of my story with you this evening. God is continuing to teach me to trust in him to fight my battles for me. My experience has taught me that I am frail and weak, but God is strong and He wants to fight for me.

While I still struggle with fear and unbelief sometimes, when I think back to all that God has done and how he miraculously healed me, I am full of praise to him. I know that he has a great plan for me and that he healed me for a special purpose.

Here is a scripture that encouraged me while I was in the hospital:

[1] The LORD is my light and my salvation;

whom shall I fear?

The LORD is the stronghold of my life;

of whom shall I be afraid?

[3] Though an army encamp against me,

my heart shall not fear;

though war arise against me,

yet I will be confident.

be strong, and let your heart take courage;

wait for the LORD!

Why Our Church Can Never Have Stained-Glass Windows