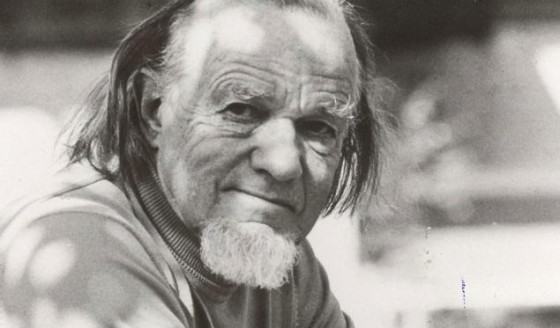 Last Sunday we looked at the topic of race from the Bible. This is relevant for us as 21st-century Christians who want to honor Christ in the place and time where he's placed us. But it's also connected to our desire to love our neighbors as ourselves. Part of loving our neighbors within our community and this culture involves thinking well about the topic of race—and then living well in light of it.

In the sermon I read from Francis Schaeffer's The Church at the End of the Twentieth Century. He originally wrote this book in 1970, just a few years before Roe v. Wade, but right in the middle of the swirling controversies of the 60s and early 70s—Vietnam, the civil rights movement, LBJ's "War on Poverty," the assassinations of Martin Luther King and the Kennedys. It was a tumultuous time filled with causes that could occupy or even consume the Christian.

My observation among many young pastors and others is this. Suddenly they are confronted by two camps and they are told, “Choose, choose, choose.” And by God’s grace they must say, “I will not choose. I stand alone with God, the God who has spoken in the Scripture, the God who is the infinite personal God, and neither of your two sides is standing there. So if I seem to be saying the same thing at some point, understand that I am a cobelligerent at this particular place, but I am not an ally.”

The danger is that the older evangelical with his middle-class orientation will forget this distinction and become an ally of the Establishment elite [think "Conservative," DB], and at the same time his son or daughter will forget the distinction and become an ally of the New Left elite. We must say what the Bible says [even] when it causes us to seem to be saying what others are saying, such as “Justice!” or “Stop the meaningless bombings!” But we must never forget that this is only a passing cobelligerency and not an alliance.

Francis Schaeffer, The Church at the End of the Twentieth Century[1]

Doesn't that sound familiar? Two sides both screaming at us to choose, choose, choose! Both sides telling us, "You're for us or against us. There's no middle ground."

For Christians this is no small issue. One reason is because the sin of racism is so terrible and the consequences of racism in our nation's past so massively destructive—not just in years past but evident today. It's simply not that long ago when slaves numbered in the millions in the US, hardly more than a generation ago when Jim Crow segregation was the law of the land in so many states. God's Word is clear. Such sinful partiality is absolutely wrong and must be rejected by God's people:

My brothers, show no partiality as you hold the faith in our Lord Jesus Christ, the Lord of glory. 2 For if a man wearing a gold ring and fine clothing comes into your assembly, and a poor man in shabby clothing also comes in, 3 and if you pay attention to the one who wears the fine clothing and say, “You sit here in a good place,” while you say to the poor man, “You stand over there,” or, “Sit down at my feet,” 4 have you not then made distinctions among yourselves and become judges with evil thoughts? (James 2:1–4)

James is speaking of partiality based on wealth but the sin is the same if you're sinfully partial based on skin color, education, language, gender, or any number of ways one person differs from another. The sin here is loving one person and not loving the other, "judging with evil thoughts" one person and giving someone else a free pass.

Because the sin of racism is clear, I can certainly become a "cobelligerent" helping to fight against racism (sinful partiality based of race). I can become a "cobelligerent" in the fight against racial injustice. And here we'll call "justice" receiving what you're due based on your behavior. "Racial justice" would then be receiving what you're due regardless of your skin color.

In areas where BLM is fighting against what is clearly racism and racial injustice, it might make sense to become a "cobelligerent" in some specific way. This might be a powerful way to "love my neighbor" and link arms with others in the community.

But BLM is involved in a much wider effort. On their website's "About" page, they make this clear:

We affirm the lives of Black queer and trans folks, disabled folks, undocumented folks, folks with records, women, and all Black lives along the gender spectrum. Our network centers those who have been marginalized within Black liberation movements.

"Affirm the lives of" is not very precise language. Based on their activity and communication, it seems they mean something like "affirm by not making any critical statements or judgments about these people and not asking them to change their behaviors according to some moral standard." But as a Christian, this kind of affirmation goes too far. Christian love accepts all people, but it cannot accept all behavior, because "love rejoices with the truth" (1 Cor 13:6). Further, God has spoken clearly: "You shall be holy, for I am holy" (Lev 11:44; 1 Peter 1:16).

That's why in the case of with BLM I might at times become a "cobelligerent," but I couldn't become an "ally." In the face of their desire to erase a biblical understanding of gender and sexuality, I need to say with Schaeffer, "I stand with the God who has spoken in the Scripture."

But just to avoid any misunderstanding, I'll say again we heartily believe racism is a sin and the consequences of centuries of institutionalized racial injustice in our country remain with us. But the long road to a true solution for this blight on our nation's history is found in the Lord Jesus Christ and not abandoning biblical teaching.

With such an array of issues thrown at us, it's almost a guarantee whichever side of the cobelligerent/ally line I land on many, many people won't agree with me. But may God give each of us wisdom to walk the path he wants us to walk, being guided by his Word as a "lamp to my feet and a light to my path" (Ps 119:105).