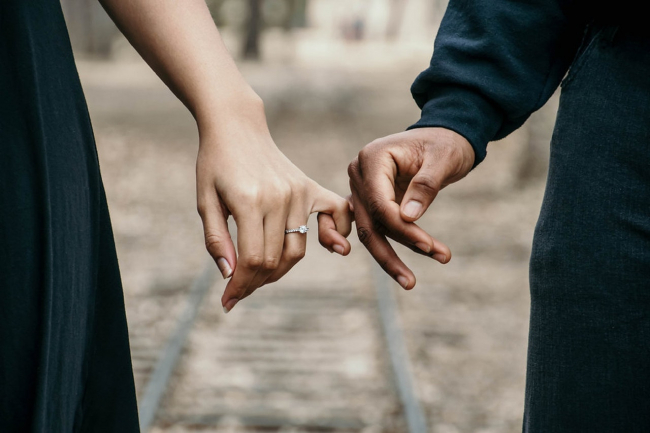 This is the first of a series of posts where we'll look at how our gender impacts God's call on our lives within our families and our church. The basic view we're exploring is "complementarianism." That's probably a new one for you, but hopefully by the end of this series, you'll see that while it's hard to spell, it's a gift to live.

Few things are as simultaneously obvious and mysterious as what it means to be a man and a woman. The relationships on sit-coms connect with people, because there really are some things obvious (and laughable) about being a man or a woman. Popular love songs work, because, again, people get the boy–girl thing. And yet, a person is also profoundly mysterious and how his/her gender affects his/her personality, psychology, cognitive abilities, creativity, reflexes, drives, and a hundred other things is beyond—and will always be beyond—the reach of scientific exploration. People are indeed “fearfully and wonderfully made” (Ps 139:14), and our gender is an intimate part of this.

Because of this mystery, the questions abound: Is calling a person a “man” or a “woman” a matter of simple biology, or is there more to it? Is a person’s calling before God different depending on his or her gender? Does the fact we live in a day far removed from the Bible culturally and historically and technologically impact how we read the Bible’s passages on manhood and womanhood? Our own day has added even more questions to this list, like do the pronouns “him” and “her” still work, do we need to expand the options? We’ll hit these questions in various ways as we think about the topic of Complementarianism. At the end, we’ll point to some sources for further study if you want to explore the topic more fully.

We should start with a definition. The word “Complementarianism” is certainly long and a bear to spell—it’s not “complimentarian,” which I suppose is someone who compliments people a lot, but “Complementarian.” Yet, it points to a relationship between a man and a woman in certain contexts. Such a relationship is one where the two are different and yet they “complement” one another, hence the name. Players on a basketball team demonstrate this in a small way. The team is a unit, a single entity. And yet, it’s made of individual players. As much as those players work together and fulfill certain roles, they’ll be successful. In this way the players individually “complement” each other by working together and not being carbon-copies of one another.

Complementarians believe that the Bible teaches that God has created men and women equal in their essential dignity and human personhood, but different and complementary in function—with male spiritual leadership in the home and believing community, the Church, being understood as a part of God’s design. That means that both men and women are image-bearers of the living God. We are each fully human in all that entails. We are equals before the cross, brothers and sisters in our Lord Jesus Christ. But God has made us different. He has given certain functions and roles to men, and certain functions and roles to women, that are distinct.
J. Ligon Duncan, Women’s Ministry in the Local Church

In 2017 a group of men and women got together in Nashville, TN, and crafted a document from a similar perspective called The Nashville Statement. It was meant to be a response to our culture’s thinking on gender and sexuality. There are few things as volatile and controversial in our world today. Two of the paragraphs (called “Articles”)  connect to this idea of “Complementarianism” and are worth quoting:

WE AFFIRM that God created Adam and Eve, the first human beings, in his own image, equal before God as persons, and distinct as male and female.
WE DENY that the divinely ordained differences between male and female render them unequal in dignity or worth.
Article 4
WE AFFIRM that divinely ordained differences between male and female reflect God’s original creation design and are meant for human good and human flourishing.
WE DENY that such differences are a result of the Fall or are a tragedy to be overcome.
The Nashville Statement, Articles 3–4

Notice the tension in their words between Adam and Eve (and thus men and women) as “equal” but also “distinct,” equal in “dignity” and “worth” but also possessing “differences.” This is why the term “complementarianism” is such a fitting one. It expresses how a man and a woman are made to “complement” one another. Like pieces in a jigsaw puzzle, they fit together to make something bigger and better than each on its own.
Now that we’ve explained the word we want to see how the idea is developed in the Bible. To do that we go all the way back to…the beginning.

Made in the Image of God

The first emphatic statement made on this issue in our Bible is not about differences between men and women but about their equality or commonality: Man and woman are made in the image of God. Genesis is clear on this:

The passage points to three critical convictions that are foundational for any discussion of gender. First, man and woman are said here to have the same source—none other than the living God and transcendent Creator.

Second, man and woman have the same nature, for both are made in God’s “image” and after his “likeness” (v. 26). An “image” or “likeness” implies both similarity and difference. A picture of something is not the real thing even though it’s a “likeness.” It is, however, a representation and possesses a true similarity. People are in no way equal to God, but we share certain similarities with God in a way no other creature or part of Creation does. As his image bearers we also reflect him as in a mirror and represent him on earth. Herman Bavinck (Reformed Dogmatics, 562) has pointed out several ways we reflect the image of God:

God reflects these qualities perfectly and infinitely, but we reflect them in part—both as men and women.

Third, man and woman are also given a shared commission from God, what some call the “cultural mandate”: “Be fruitful and multiply and fill the earth and subdue it” (v. 28). Our bodies underscore our need for each other, for being physically fruitful requires a man and a woman. Yet, more is meant here than having children. It is a calling to a life lived that is creative, constructive, and industrious. “Subdue” the earth speaks to the idea that we take the raw materials of the earth and transform them into things like cooking utensils, farming implements, and then much later, cars, planes, cell phones, medicine, and food to supply the world’s billions with daily bread. But it’s broader still, for these raw materials are also the basic building blocks of priceless paintings, life-changing novels, beautiful clothing, music that moves the soul, and homes that can both serve us and beautify our lives. And all this is given to both the man and the woman.

Having the same source, nature, and commission means that there is a profound equality and commonality between the man and the woman. We'll see in our next installment, that this doesn't mean the man and the woman are the same. Far from it! Yet, it's important to start here, with this foundation of the shared dignity between men and women. Everything else will build on this.