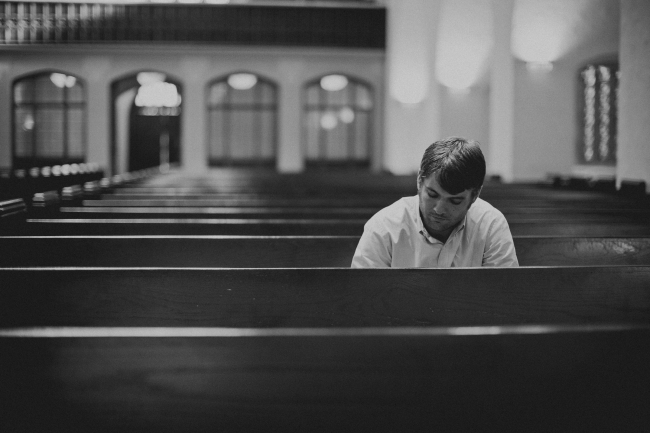 “I am single. I am complementarian. A lot of times people don’t see how those things go hand in hand.”

That’s how Katie Van Dyke begins her article, “Complementarianism and the Single Woman.”  She goes on to make several points useful to explore as we continue this series on complementarianism. First, complementarianism isn’t an odd exception in our lives, a restrictive authority in lives of relative independence. Rather, it’s part of an overall framework of authority that God has created to be part of our world. The truth is, we live in the midst of overlapping spheres of authority—parents, teachers, employers, governments, spouses, pastors, commanding officers, etc.—and God calls us to submit to the authorities over us in any given context. We never submit when they require us to disobey God (Acts 5:29), but we do at all other times (e.g., Rom 13:1–7). A single man and woman may not have a spouse with which to live out the complementarianism of marriage, but they are still Christians who both exercise and submit to authority in myriad ways.

Second, Katie Van Dyke notes that being complementarian impacts her reading of the Bible. As she says, “It allows me to affirm with gladness that there are many passages in Scripture that point to the fact that men and women were created equal, but with different roles.” It brings together the Bible’s rich and beautiful teaching on gender as well as marriage.

Third, she says complementarianism impacts her involvement in church. It enables her to do more than simply attend: instead, she seeks to cultivate “a spirit of sacrificial involvement in the body.” Complementarianism is rooted in the idea that there is both equality between a man and a woman and yet different roles in a marriage. The church has that same dynamic: One body with many members, one spiritual family with different members called to different ministries and service, empowered Christians with different gifts given for the common good (Rom 12:4–5; 1 Cor 12:4–7).

Fourth, complementarianism informs how she acts in the workplace. It provides for her a basis to submit to the authorities God has given her. This is an essential quality in any workplace. Yet, complementarianism also implies an active, engaged service, an attitude of utilizing our gifts and attitudes for the good of the community. This, too, makes one an invaluable worker in whatever role he or she performs in the company.

Finally, writing as she does as a single woman, she reflects on how complementarianism impacts her views on dating. It informs the kind of man she wants to date—someone who appears to be one who embraces the idea of the husband being the head of the wife and actually able to do that. As she says, she “wants to see glimpses of these characteristics” in a prospective date. Of course, it also informs the kind of woman she is trying to be.

Katie Van Dyke offers a good sketch for the younger man or woman, one where marriage is a bit distant in his or her future. She is really saying that wherever you are, grow in godliness, in relating well to members of the opposite sex, and in living freely under the authorities God has placed in your life. This is excellent counsel.

One element to add for the younger single (high school, just out of high school), is to let your complementarianism impact your future-planning. Though only God knows your future—James 4:13–16!—it is good to keep the issues above in mind as you consider your high school and post-high school years. As a man you want to consider how your early adulthood sets you up well for leading and providing for a family. As a woman you want to consider how your early adulthood equips you for a possible marriage fairly soon (20–25 yrs old) but also makes sense if you experience an extended period of singleness. For more on this topic for the single woman, check out Carolyn McCulley's Did I Kiss Marriage Goodbye?: Trusting God with a Hope Deferred or Courtney Reissig's The Accidental Feminist: Restoring Our Delight in God’s Design (Crossway, 2015).

The issue of how being male or female impacts our Christian life is a huge one. It's massive because of its importance and also because of its complexity and how far-reaching it is in our daily lives. For that reason, it's worth our attention. Here are some works to consider if you'd like to go for the deeper dive into these waters:

Complementarianism Part 4: Man and Women in the Church