This afternoon I spent time with Benjamin Tangeman at the Cary office of Trans World Radio. Ben has been working for them for years and has been connected to them through his parents and grandparents for decades (he spent his first ten years on the island of Bonaire, while his parents worked for TWR). It was an inspiring look into a ministry I knew virtually nothing about. 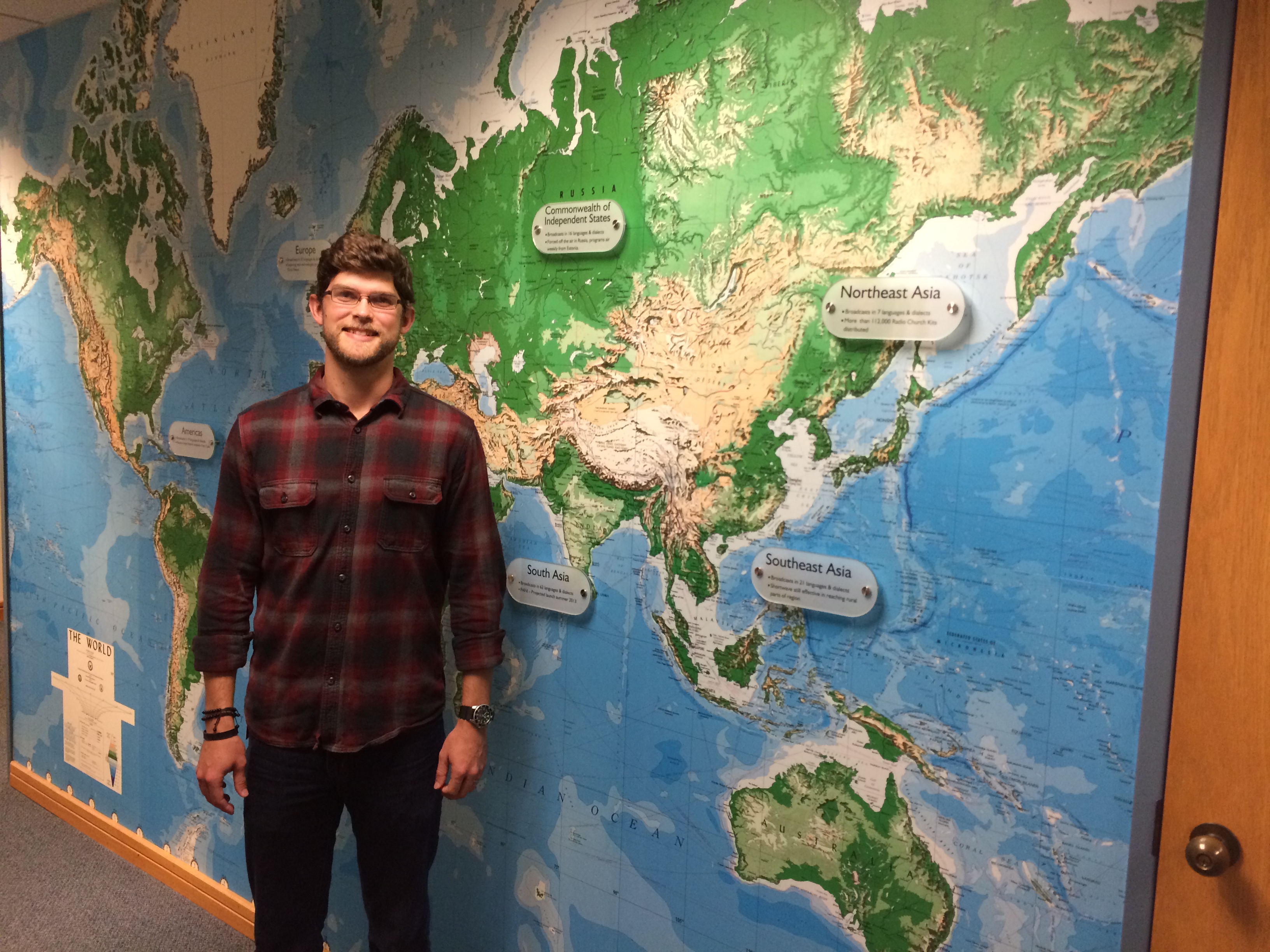 TWR has been sending the gospel and biblical content throughout the world for 60 years now, and they don't intend to stop any time soon (check this video out to get some history on the ministry). Talking to Ben it's clear that there is a lot of energy going into digital and video formats because of the changing technology of our day.

Yet, through their primary medium of radio, they are able to hit 160 countries with over 230 different languages through their 14 transmitters scattered throughout the world. While I was there they showed me a video created last year to give someone like me a taste of what they do. If you have a few minutes, "watch" Romans 8 in a way that you've never heard it before and note the varieties of technologies and nationalities displayed. All of this footage was shot at TWR locations around the world--though one shot had to be duplicated in the Cary office for the sake of safety. You can see the video here.

Ben's own work involves contributing toward TWR360, a multi-lingual site that incorporates 80 ministries and 29 languages. He says the uniqueness of the site is that the default language of the user transforms the site into one they can read immediately without changing any settings. This fits into his broader responsibilities of consulting on all their digital initiatives.

As I said, this was an inspiring look at a ministry I knew virtually nothing about. It was also encouraging to be reminded once again that our church has a reach that goes way beyond our four walls or even our area code. Through men like Benjamin, we are loving our neighbors even throughout the world.

Six Reasons to Live Simply and Give Generously - By Randy Alcorn