The Salvation the Prophets Longed to See

In the early 1600s a man in the Netherlands invented what he called a “perspective glass.” It was a primitive telescope. Two lenses on opposite ends of a cylinder. When you looked through this “perspective glass,” it made things look bigger. Far away things looked closer. His model increased 3x.

Down south in Venice, Italy Galileo heard about this and began to refine the design. His model increased images 8x and then 30x. Using this perspective glass, Galileo changed our perpspective of the moon (not perfectly spherical, not immaculate surface) and even the solar system (further evidence planets had moons that were all revolving around the sun).[1]

Such a “perspective glass” took what we thought was true and then changed our perspective of it. It revealed what was actually true.

In this sermon series, we’re in 1 Peter. When we look at 1 Peter, we also discover a “perspective glass.” Takes things we thought were true and helps us see what’s actually true. Sometimes like Galileo’s “perspective glass,” it makes things bigger so we can see them more clearly.

This morning? “This salvation.”

Some things get smaller and smaller as you look at them, less impressive.

Sermon: “This salvation” in Christ (1) was prophesied and is (2) now annouced.

I. Salvation in Christ Was Prophesied

A. A salvation that baffled the prophets

Ironic in this passage—prophets themselves are baffled—“who or what time?”

They “searched and inquired carefully, inquiring what person or time.”

“As for me, Daniel, my spirit within me was anxious, and the visions of my head alarmed me. 16 I approached one of those who stood there and asked him the truth concerning all this. So he told me and made known to me the interpretation of the things.” (Dan 7:15–16)

“But blessed are your eyes, for they see, and your ears, for they hear. 17 For truly, I say to you, many prophets and righteous people longed to see what you see, and did not see it, and to hear what you hear, and did not hear it.” (Matt 13:16–17)

B. The prophets prophesied Christ (v. 11)

Prophets often spoke to their generation, calling kings and people to repent.

But…also Christ! Especially, “the sufferings of Christ” and “subsequent glories.”

The “sufferings of Christ” can be seen in Isaiah 53:

4 Surely he has borne our griefs and carried our sorrows; yet we esteemed him stricken, smitten by God, and afflicted.

5 But he was pierced for our transgressions; he was crushed for our iniquities; upon him was the chastisement that brought us peace, and with his wounds we are healed.

6 All we like sheep have gone astray; we have turned—every one—to his own way; and the LORD has laid on him the iniquity of us all. (Isa 53:4–6)

“The subsequent glories” can be seen in Isaiah 9:

1 But there will be no gloom for her who was in anguish. In the former time he brought into contempt the land of Zebulun and the land of Naphtali, but in the latter time he has made glorious the way of the sea, the land beyond the Jordan, Galilee of the nations.

2 The people who walked in darkness have seen a great light; those who dwelt in a land of deep darkness, on them has light shone. 3 You have multiplied the nation; you have increased its joy; they rejoice before you as with joy at the harvest, as they are glad when they divide the spoil.

4 For the yoke of his burden, and the staff for his shoulder, the rod of his oppressor, you have broken as on the day of Midian. 5 For every boot of the tramping warrior in battle tumult and every garment rolled in blood will be burned as fuel for the fire.

6 For to us a child is born, to us a son is given; and the government shall be upon his shoulder, and his name shall be called Wonderful Counselor, Mighty God, Everlasting Father, Prince of Peace. 7 Of the increase of his government and of peace there will be no end, on the throne of David and over his kingdom, to establish it and to uphold it with justice and with righteousness from this time forth and forevermore. The zeal of the LORD of hosts will do this. (Isa 9:1–7)

C. Christ was predicted by the Spirit of Christ.

Peter tells us it was “the Spirit of Christ in them” who “predicted” these things.

This tells us Christ is God—the Holy Spirit is called also the Spirit of Christ.

This tells us Christ existed before the incarnation. Jesus didn’t begin his existence when he was conceived in the womb of Mary. Before he was a baby, he was inspiring the prophets to predict his own ministry.

And…it reminds us that their words are the very words of God: “All Scripture is breathed out by God” (2 Tim 3:16).

D. The Takeaway: “This salvation” is no new invention. It’s ancient. Didn’t start with the birth of Christ.

The first prophecy of Christ dates back to the Garden of Eden. Those crystal-clear prophecies from Isaiah date to the 700s BC. “This salvation” we’re talking about has thousands of years of history behind it.

If you’re buying a smartphone, you want new and cutting edge. You don’t want the late 90s Palm Pilot. You want the latest iPhone.

But if you’re talking about truth and your salvation—you want the ancient path that’s true and proven and given by God. Not the new path that’s never been heard of before.

That’s what we have in “this salvation.” The good news was prophesied centuries and centuries before Jesus was born to Mary.

In verse 12 Peter transitions—changes his focus from THEN to “NOW.”

A. Starts with a final comment about the prophets: They were “serving…you.”

Peter is saying here that the day of prophesying about Christ is past. Now those prophesies are being “announced” as fulfilled.

Once the prophets prophesied, but NOW the good news is being announced.

C. When did this transition happen? Pentecost.

Peter is basically retelling the history of Pentecost in shorthand.

When the day of Pentecost arrived, they were all together in one place….And they were all filled with the Holy Spirit and began to speak in other tongues as the Spirit gave them utterance.

14 But Peter, standing with the eleven, lifted up his voice and addressed them: “Men of Judea and all who dwell in Jerusalem, let this be known to you, and give ear to my words….16 This is what was uttered through the prophet Joel:

17 “‘And in the last days it shall be, God declares, that I will pour out my Spirit on all flesh, and your sons and your daughters shall prophesy, and your young men shall see visions, and your old men shall dream dreams; 21 And it shall come to pass that everyone who calls upon the name of the Lord shall be saved.’
22 “Men of Israel, hear these words: Jesus of Nazareth, a man attested to you by God with mighty works and wonders and signs that God did through him in your midst, as you yourselves know— 23 this Jesus, delivered up according to the definite plan and foreknowledge of God, you crucified and killed by the hands of lawless men.

32 This Jesus God raised up, and of that we all are witnesses. 33 Being therefore exalted at the right hand of God, and having received from the Father the promise of the Holy Spirit, he has poured out this that you yourselves are seeing and hearing.

34 For David did not ascend into the heavens, but he himself says, “‘The Lord said to my Lord, “Sit at my right hand, 35 until I make your enemies your footstool.”’ 36 Let all the house of Israel therefore know for certain that God has made him both Lord and Christ, this Jesus whom you crucified.” (Acts 2)

D. The salvation NOW announced is the delight of the angels.

Peter ends this thought by looking at the angels. They’re “longing.” Same word as in Matthew 13:16–17.

You can see some of that delight on that Bethlehem hillside the night Christ was born:

13 And suddenly there was with the angel a multitude of the heavenly host praising God and saying, 14 “Glory to God in the highest, and on earth peace among those with whom he is pleased!” (Luke 2:8–14)

The privilege of enjoying and anticipating salvation comes to the forefront. Old Testament prophets saw it from afar, and angels also marvel when gazing upon what God has done in Christ, while the Petrine readers actually experience it.
Thomas Schreiner, 1 Peter[3]

E. The Takeaway: “This salvation” is good news and it’s available to all NOW.

God wants us to see what we have:

This 4th Sunday of Advent

As we enter into this week leading up to Christmas, I’ll close with a reflection on Christ’s coming from Augustine of Hippo, north African from 300s:

My mouth shall speak the praise of the Lord, of that Lord by whom all things were made and who was made [flesh] amid all the works of His hands; who is the Manifestor of His Father, the Creator of His Mother; Son of God born of the Father without a mother, Son of Man born of a mother without a father;

the great Day of the angels, small in the day of men; the Word as God existing before all time, the Word as flesh existing only for an allotted time; the Creator of the sun created under the light of the sun; ordering all ages from the bosom of His Father, from the womb of His Mother consecrating this day;

remaining there, yet proceeding hither; Maker of heaven and earth brought forth on this earth overshadowed by the heavens; unspeakably wise, wisely speechless; filling the whole world, lying in a manger; guiding the stars, a nursling at the breast;

[4] The Fathers of the Church: Saint Augustine: Sermons on the Liturgical Seasons (Catholic University, 1959). 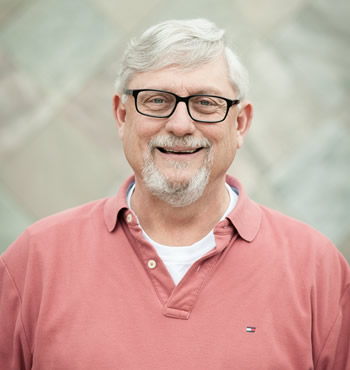