Last weekend we buried my mom in a cemetery in Newark, OH. Newark, OH, is the family home for both sides of my family. It’s a working class town 45 minutes outside of Columbus. Two cemeteries up there, one in Granville and one in Newark, that have a lot of my relatives.

Both of them are peaceful places. The one in Granville is especially quiet and beautiful. It has all the appearance of souls at rest.

In fact, the word “cemetery” connects to the Greek word in our passage for “sleep.”[1] The word seems to say that this is a place where souls are at rest.

But there are no souls at rest in a cemetery—only bodies. More later…

But this is yet one more way that what our eyes see doesn’t begin to capture the reality. As quiet as a cemetery might look now, a day is coming when it will be an explosion of activity as Christians who are buried there rise up and join Jesus in the sky.

This reality has everything to do with Easter morning. Jesus’ resurrection. When he rose from the dead, death for the people of God changed.

When Jesus rose from the dead he redefined death for the people of God.

We’re looking at 1 Thessalonians 4, a letter by three men, “Paul, Silvanus [Silas], and Timothy, to the church of the Thessalonians.” These men planted this church in the city of Thessalonica, a city on the Aegean Sea in modern day Greece. It’s still a city of about a million people. They planted the church just over a decade after the resurrection of Jesus.

Young churches like this are filled with new Christians. And they don’t always think well about things. The letters we have in our New Testament started out as attempts by church leaders to help their churches. But they’re not just the words of men. They’re also the words of God. God is speaking to us in these letters.

To understand this passage we have to go back in time a little bit. This is one of the earliest letters in the Bible to be written—maybe only James and Galatians are written before it.

When Jesus was alive he talked a lot about his return and told everyone to “be ready. It could come at any time. Even like a thief in the night.”

As the gospel was preached people were saved. But then months and years started to pass. Christians began to die. It seems that this confused some new believers. If you die before Jesus comes back, do you still receive the same blessings? Is your body raised like normal or is it something different? They were confused about the death of Christians.

John Stott calls this “the problem of bereavement.”[2]

In these Thessalonians there was also a rumor that Jesus had already returned (see 2 Thess 2:1–2). A rumor he’d come and gone and somehow some people missed it. They were confused about the return of Christ.

You get hints of his response to that in chapter 5.

Paul in this passage is speaking to a lot of errors people believed about the return of Christ.

The result of their confusion is that when Christians died they grieved in a way that was like the pagan world around them. The world around them that believed in false gods and false religions.

They were grieving without hope.

It wasn’t GRIEF that was wrong.

Grief isn’t the issue. It’s grieving without hope. The world around them faced death without any real hope.

Hopes are among the living; and the dead are beyond hope.

Another translation, “While there’s life there’s hope.” I.e., NO HOPE BEYOND THE GRAVE.

But for us death is transformed by Christ. It turns death into “sleep.”[3]

Now let’s see what “good news” (what GOSPEL) it is that transforms life and death.

Paul makes it clear why we grieve in hope. Why we can experience the death of a loved one who dies in Christ and still have hope.

But he didn’t die just because these Jews wanted him dead. God’s plan!!!

For God has not destined us for wrath, but to obtain salvation through our Lord Jesus Christ, 10 who died for us so that whether we are awake or asleep we might live with him. (1 Thess 5:9–10)

But “irreducible core of the gospel” is not just about Jesus’ death. It’s also about his resurrection: “Jesus…rose again.”

He ate food with them.

His resurrection established for all the world

This is the “irreducible core of the gospel.” These two pillars, the bloody cross and the empty tomb, Good Friday and Easter Sunday, mean we have a hope never to be taken away from us.

But there’s more good news in this passage. There’s HOPE because of…

One of the most powerful elements of our HOPE is the appearing of the Lord Jesus Christ. ESV says “the coming of the Lord” (1 Thess 4:15). “Appearing” is really better.

The Greek word is Parousia. In the gospel of Matthew and in 1–2 Thessalonians it’s used a bunch of times to refer to the appearing of Jesus Christ.

Key idea is not necessarily Jesus coming down from heaven—his vertical descent. He will do that, but that isn’t the main emphasis of the word. It’s the fact he goes from not being seen to being visible to everyone. He goes from not appearing to appearing.

Greg Beale[5] says it’s like stage curtains that have images on the curtains, but then they’re drawn back. And the real reality behind them is visible to everyone. You see the real actors.

Hear this same idea in the teaching of Jesus, when he teaches about his appearing:

And he will send out his angels with a loud trumpet call, and they will gather his elect from the four winds, from one end of heaven to the other. (Matt 24:31)

And Revelation in of its repeated looks at the end of all things:

Then the seventh angel blew his trumpet, and there were loud voices in heaven, saying, “The kingdom of the world has become the kingdom of our Lord and of his Christ, and he shall reign forever and ever.” (Rev 11:15)

When he appears things change radically.

Greg Beale says it’ll be like butterflies bursting out of a coccoon. The body that’s part of this world will fall away and be replaced by a glorified body. A body fit for the new heavens and new earth.

All of these glorified and resurrected saints will rise and join Christ. But they won’t be alone.

Immediately after them, we who are alive and belong to Christ will be “caught up” as well (1 Thess 4:17). That verb is where we get the word, “rapture.”

Maybe you’ve heard about a coming rapture of Christians. This is the passage.

But see that the RAPTURE happens at the final APPEARING of the Lord Jesus Christ.

And that begins a whole new dimension of life. Paul tells us, “WE WILL ALWAYS BE WITH THE LORD.” All the people of God from all of history—Always! With the Lord!

Paul ends this passage by saying—1 Thess 4:18. He’s given us the good news that transforms life and death.

This passage is describing events that have happened and will happen.

There’s no question, no uncertainty about these.

This is the Good news that transforms life and death…but this is GOOD NEWS only if you “believe that Jesus died and rose again” (1 Thess 4:14).

1 Now concerning the times and the seasons, brothers, you have no need to have anything written to you. 2 For you yourselves are fully aware that the day of the Lord will come like a thief in the night. 3 While people are saying, “There is peace and security,” then sudden destruction will come upon them as labor pains come upon a pregnant woman, and they will not escape. (1 Thess 5:1–3)

“Believe that Jesus died and rose again” and your death and Christ’s return will be good news for you.

Danny Akin, President of Southeastern Baptist Theol Sem in Wake Forest tells of a tombstone in Indiana, right across the river from Louisville, Kentucky, that has the following inscription: “Pause, stranger, when you pass me by; as you are now, so once was as I. As I am now, so you will be; so prepare for death and follow me.” Some unknown witness came along and added an interesting comment, “To follow you I am not content until I know which way you went.”

Prayer and Closing Song (“Christ Our Hope in Life and Death”)

[1] The verb koimaō is related to the word for ‘cemetery,’ koimēterion (cf. BDAG).

The Christ, His Cross, and Ours 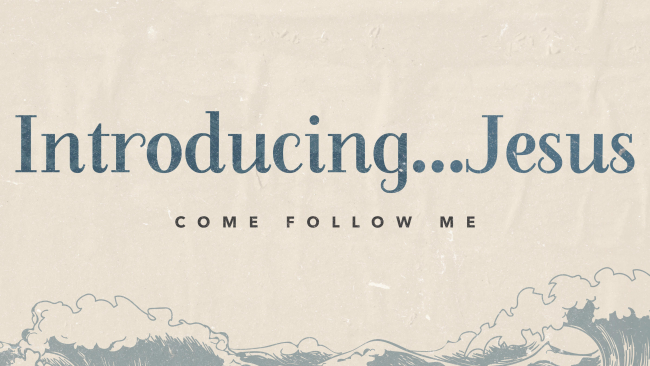 Drawing Near to God