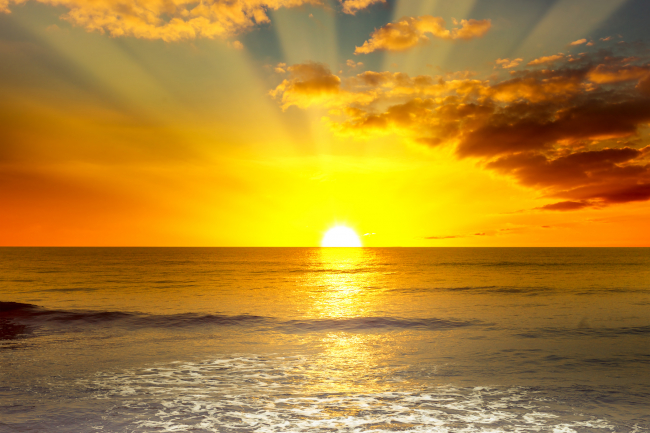 Advent is a paradoxical season: a season of waiting and anticipation in which the waiting itself is strangely rich and fulfilling, a season that looks back at the people who waited in darkness for the coming light of Christ and yet forward to a fuller light still to come and illuminate our darkness.
Malcomb Guite

So begins Guite in the introduction of his Waiting on the Word, a compilation of poems about Advent, Christmas, and Epiphany. This year for the four Advent Sundays, we’ll take one of the poems in his collection and incorporate it into our Sunday gathering. Poetry forces us to slow down and think through what's being said, and that's always helpful when we're talking about things that are eternal and priceless.

The word “advent” is from the Latin adventus, which means “coming.” As the reality of Christmas comes more into focus, these weeks are ones where Christ’s “coming” is more and more a part of our thinking. Guite’s poems will help us see some of this reality more clearly, especially paired with the Scripture texts we’ll use on the next four Sundays.

To help you prepare for these Sundays we wanted to distribute the poems and texts. These will be used in our opening time of singing, prayers, and spiritual gifts. The sermons will continue to be from Ezra-Nehemiah until Christmas Sunday.

The texts below are ones often read by Christians at this time of year to turn our attention to Christ’s coming (both his first coming and his second). The poems are a little harder to understand, in the way that all good poetry takes a little effort. We give you these poems in the hopes that you’ll read them a time or two before the respective Sundays when they’ll be read publicly.

For this week we’ll consider the way Christ’s first coming points ahead to his second coming. He did come. And he’s coming again! The Scripture we’ll read is Mark 13:24–37, a powerful prophecy by Jesus of his second coming. When Jesus comes again, no one will fail to honor the royal King of kings.

But when he came the first time, many did reject him. Guite took a traditional poem, “O Rex Gentium,” about Christ as “King of the nations,” and reflected on the irony of who Christ is and how he was treated. I’ll include both the traditional poem and Guite’s here:

O Rex Gentium”
O King of the nations, and their desire,
The cornerstone making both one;
Come and save the human race,
Which you fashioned from clay.

“O Rex Gentium” by Malcolm Guite[1]
O King of our desire whom we despise,
King of the nations never on the throne,
Unfound foundation, cast-off cornerstone,
Rejected joiner, making many one,
You have no form or beauty for our eyes,
A King who comes to give away his crown,
A King within our rags of flesh and bone.
We pierce the flesh that pierces our disguise,
For we ourselves are found in you alone.
Come to us now and find in us your throne,
O King within the child within the clay,
O hidden King who shapes us in the play
Of all creation. Shape us for the day
Your coming Kingdom comes into its own.

With these ideas in mind, we’ll think back to those Bethlehem shepherds who were part of “preparing the way of the LORD” in ways they never expected. Cambridge NT scholar Richard Bauckham captures their amazement well.

Song of the Shepherds" by Richard Bauckham
We were familiar with the night.
We knew its favourite colours,
its sullen silence
and its small, disturbing sounds,
its unprovoked rages,
its savage dreams.

We slept by turns,
attentive to the flock.
We said little.
Night after night, there was little to say.
But sometimes one of us,
skilled in that way,
Would pipe a tune of how things were for us.

They say that once, almost before time,
the stars with shining voices
serenaded
the new born world.
The night could not contain their boundless praise.

We thought that just a poem –
Until the night
a song of solar glory,
unutterable, unearthly,
eclipsed the luminaries of the night,
as though the world were exorcised of dark
and, coming to itself, began again.

Later we returned to the flock.
The night was ominously black.
The stars were silent as the sheep.
Nights pass, year on year.
We clutch our meagre cloaks against the cold.
Our ageing piper’s fumbling fingers play,
night after night,
an earthly echo of the song that banished dark.
It has stayed with us.

For this third Sunday of Advent we’ll look ahead to the true restoration of all things. Isaiah 65:17–25 will be our Scripture text, yet another look at Christ’s second coming. God has redeemed much! But a day is coming when there will be a complete redemption of all things. The created order itself will be a part of that redemption. Even wolves and lambs will no longer be enemies. Regardless of how this gets fulfilled in the new heavens and new earth, now retired Anglican clergyman David Grieve captures well the reconciliations to come.

Advent Good Wishes” by David Grieve
Give you joy, wolf,
when Messiah makes you meek
and turns your roar into a cry that
justice has been done for the poor.

Give you joy, lamb,
when Messiah saves you from jeopardy
and all fear is overwhelmed
by his converting grace.

Give you joy, wolf and lamb together,
as Messiah brings worldwide peace and
side by side, you shelter
under Jesse’s spreading shoot.

For this fourth Sunday of Advent we’ll begin to focus more directly at the birth of Christ. The annunciation to Mary by the angel Gabriel will be our Scripture reading (Luke 1:26–38). And then we’ll follow that up with a reading of John Donne’s (1572–1631), “Annunciation.” He contemplates the marvel of the infinite One condescending to be born by a very finite one. She mysteriously becomes her “Maker’s maker” and her “Father’s mother.”

Annunciation” by John Donne
Salvation to all that will is nigh;
That All, which always is all everywhere,
Which cannot sin, and yet all sins must bear,
Which cannot die, yet cannot choose but die,
Lo! faithful Virgin, yields Himself to lie
In prison, in thy womb; and though He there
Can take no sin, nor thou give, yet He’ll wear,
Taken from thence, flesh, which death’s force may try.
Ere by the spheres time was created thou
Wast in His mind, who is thy Son, and Brother;
Whom thou conceivest, conceived; yea, thou art now
Thy Maker’s maker, and thy Father’s mother,
Thou hast light in dark, and shutt’st in little room
Immensity, cloister’d in thy dear womb.

The Purpose: A Chance to Reflect

The goal of these readings and Scripture passages is simply to reflect once again on the good news of God in Christ coming as a baby. He came! And that has changed everything. May your 2022 finish with new thoughts and fresh appreciation of this glorious truth:

"And the angel said to them, 'Fear not, for behold, I bring you good news of great joy that will be for all the people. For unto you is born this day in the city of David a Savior, who is Christ the Lord." (Luke 2:10–11)

[1] These works are taken from Malcomb Guite’s book, Waiting on the Word: A Poem a Day for Advent, Christmas and Epiphany (Canterbury Press, 2015).

Now and Not Yet and Ezra-Nehemiah